Regardless of the sport, the ability to rapidly and efficiently accelerate, decelerate, change direction and move a body segment or the entire body rapidly is a nearly universal and essential element of success.

At the Academy of Sport Speed and Agility we focus on perfecting the explosive acceleration that gets you to the ball first, or allows you to hit the line at your maximum speed possible.

Our specialised training programs and excellent team of coaches will get you running faster, for longer, through perfect speed and efficient movement mechanics.

The ASSA training system has been designed for progressive athletic development in speed mechanics, acceleration and force production (strength) to make you run faster, for longer.

Based upon decades of experience and world-class research, we specialise in youth long term development for explosive sport speed and reduction in injury through perfect movement mechanics.

The programs are a huge success for all field and court based sports players aged 9 and above and are easily implemented into your pre or post season training plans. 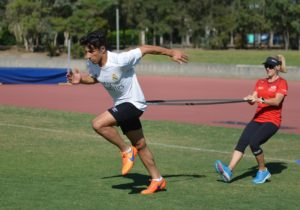 TRAINING FOR SPEED IN SOCCER – NECESSITY AND TRAINING

By Ranell Hobson CSCS Sprinting skills of soccer players is becoming of vital importance as the game and the players are becoming faster (Haugen et al, 2014; Wallace & Norton, 2014) and the amount of sprinting required within a game is ever increasing (Andrzejewski, et al. 2013; Di Salvo et al, 2010). Straight line acceleration… 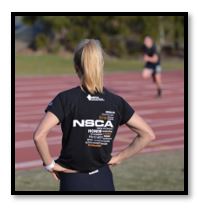 COMPONENTS OF SUCCESS IN THE 100M SPRINT

Traditional Phases of the 100m The 100m sprint has four distinct phases that should be addressed by the coach – the start, the acceleration phase, the transition phase and the maximum velocity phase (Winkleman, 2009). The acceleration out of the blocks is depicted by a piston action of the legs (triple extension of the hips,… 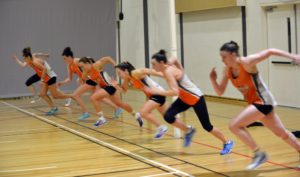 UNDERSTANDING SPEED IN THE MODERN GAME OF NETBALL

By Ranell Hobson The game of Netball comprises of explosive short acceleration, vertical propulsion, catching, passing, defending and shooting where a team’s success is largely dependent on their ability to maintain and take possession of the ball and accurately shoot to score points. In the modern game, Netballers accelerate, sprint, decelerate, stop, change direction and… 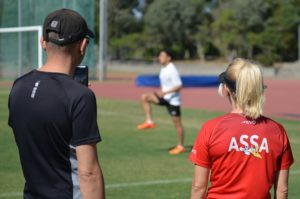 CAN I GET FASTER?

Speed is a complex component of athleticism, but one that EVERYONE WANTS. The pillars of explosive Speed are: SPRINT TECHNIQUE Sprint Technique – Athletes who apply the most force relative to body mass and in the right direction, are faster athletes.  Without efficient sprinting technique you lose a lot of force as energy leaks. Athletes…

*** Ranell was just interviewed by Kikoff Football Pathways Australia for a podcast about running mechanics, acceleration, cueing for coaches and a host of other information that she happily shares. It has been getting excellent feedback worldwide. For access to the audio please click the button below : ” 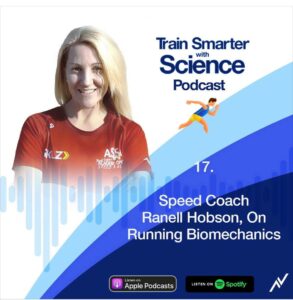 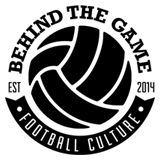 Today we talk about the pillars of speed every athlete should be strengthening, and every coach should be studying, ensuring athletes stay injury free with correct technique, amongst other points in this effervescent discussion.

A coach who isn’t out to steal your S&C job, and only wants to make you look good by way of strong and fast athletes, Ranell brightened our podcast room the moment she joined us, and we’re excited to share this interview with you all." 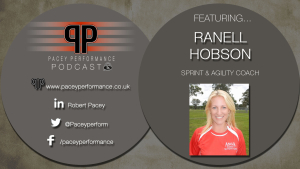 Ranell was recently interviewed by the PaceyPerformance Podcast UK, a service for knowledge sharing by elite coaches from all over the world. Click below to be taken to the website and listen to her sharing coaching hints, tips and tricks for speed and COD excellence. 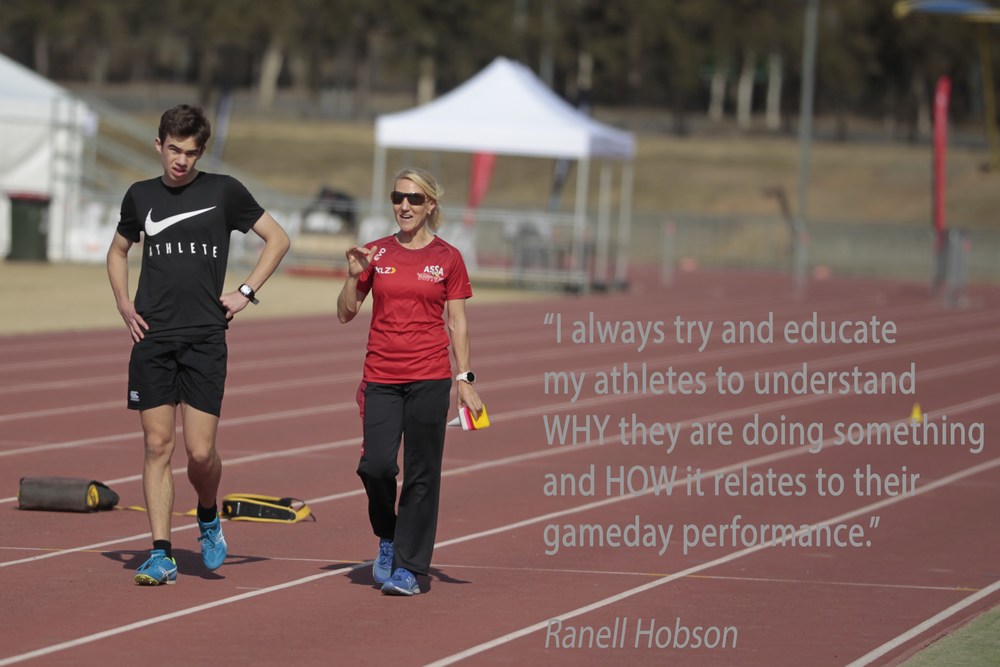 Founder of the Academy of Sport Speed Australia (ASSA), Ranell is a fully accreditted (ASCA,NSCA) S&C Coach with a specialty in Speed and an award winning background in education and content delivery.

She develops the athleticism and speed of athletes across a myriad of sports including but not limited to: Athletics, Netball, Soccer, Rugby League, AFL, Baseball, Softball and Basketball.

At the Academy (ASSA) Ranell assesses an athlete's overall athletic function and running mechanics. Her programs address movement function, mobility and stability, strength and technical competencies in both linear and multi-directional speed.

By assisting athletes in this specialised way, she works with their full-time coaches to minimise injuries & maximise on-field performance.

Through her private coaching, Ranell has helped thousands of athletes world-wide modify their physical qualities and biomechanics to maximise sprint performance and reduce their risk of injury.

Ranell has a Masters degree in High Performance Coaching, is an ASCA L2 Professional Coach and a L3 ATFCA Coach. An elite master athlete in her own right, Ranell has won 6 World Championship Medals, holds multiple State, National and Oceania titles in the Sprint events and is a previous World Record holder in the 4 x 100m.

She has consulted to NRL, AFL, A League and Super15 organisations and travels the world presenting workshops on speed and athletic development to major clubs and sporting organisations.

She was awarded the ASCA Performance Development Coach of the year in 2019 for her work in the Championship winning season of the NSW Premier League Netball u23s GWS Fury team with a 15-1 season record as well as her work with the NSW Baseball High Performance program which resulted in the most sub 7 second 60 yard sprint times in program history and million dollar signings in the USA.

A regular presenter at the ASCA annual international strength and conditioning conference and the Asian Fitness Conference, she was recently contracted to review and update as necessary the speed coaching components of the Level 1 – 3 ASCA accreditation courses due to her recognised expertise in this field.

Her online coaching courses are accredited by the world’s leading associations and her training programs are in use daily around the globe.

Ranell brings to her sessions, workshops and courses an environment that facilitates discussion and coach interaction, where evidence-based coaching is paramount and intelligent and respectful interaction is encouraged.

All of our coaches are degree qualified in human movement, have an extensive sports playing history and have spent many months with Ranell before their first ASSA coaching session. 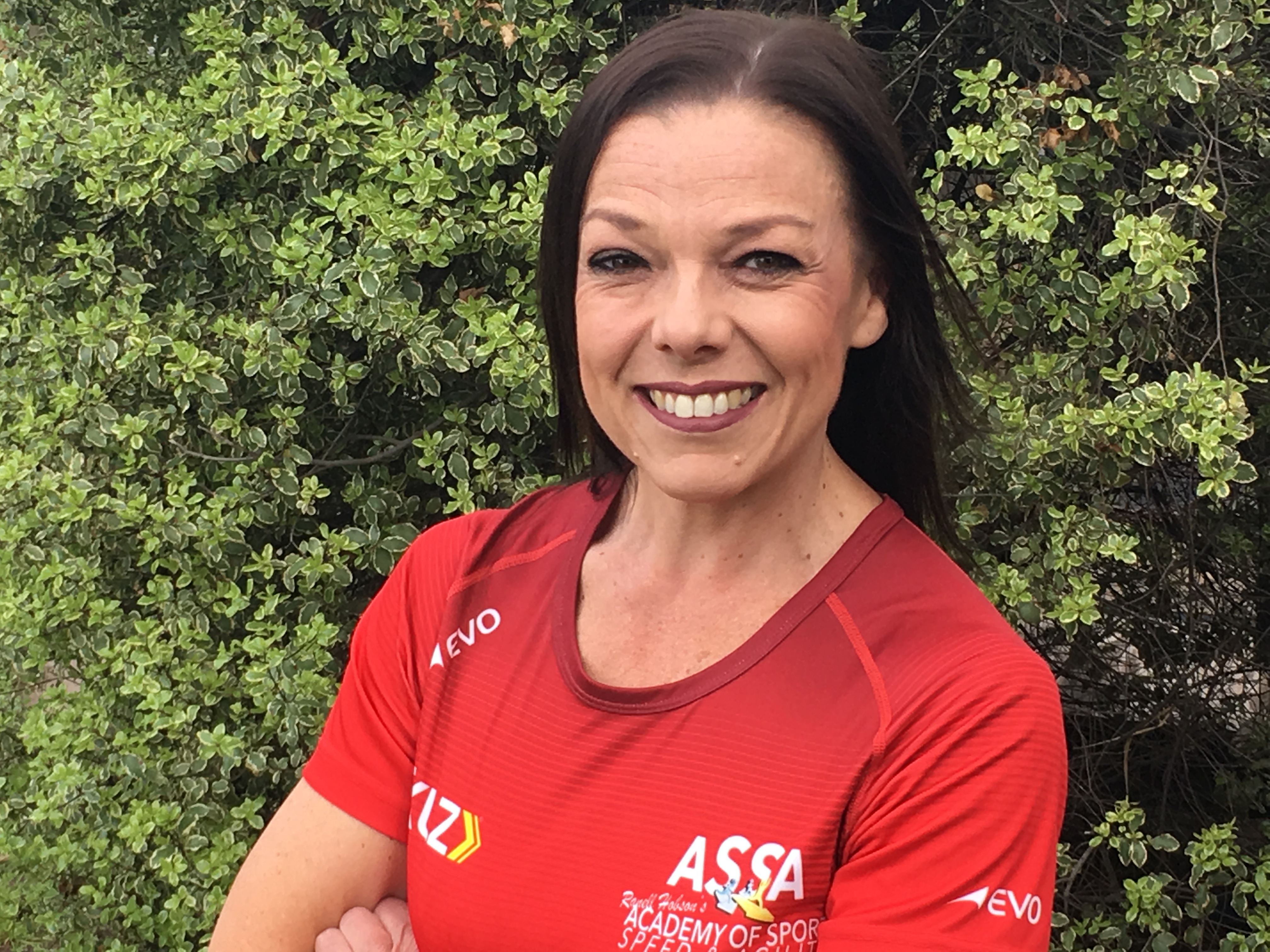 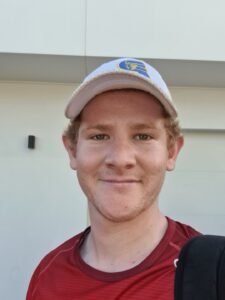 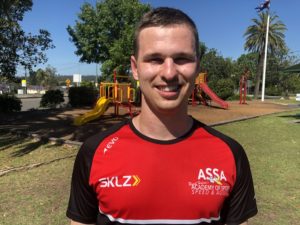 Products We Use By Choice. 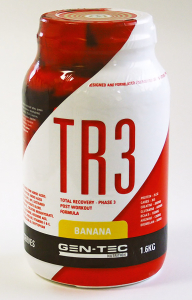 Click link below and use code ASSA15 for 15% off your purchase ! 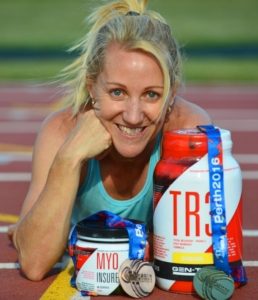 This is the post workout recovery supplement that Ranell uses and has found it to be the best she has ever had. You will always find this mixture in her workout bag. After much discussion with the founder of Gen-Tec Nick Jones regarding suitability for sports teams usage, she can now wholeheartedly recommend it as worthy of your attention. 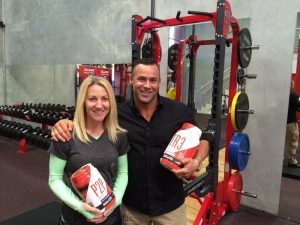 Ranell also uses the Myo-Insure as a morning activation drink.

Full information about these 2 products and the other Gen-Tec offerings can be found on their official web-site - the link is above.

Visit www.SKLZ.com.au for all of your speed and agility equipment needs. 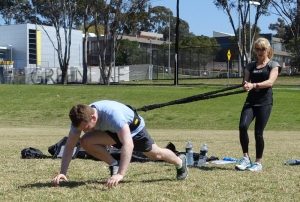 We use SKLZ equipment for all of our practical sessions in courses or when training in the Academy. We have found this equipment to be without flaw and more than equal to the demands that Ranell’s programs place upon them.

Whether foam-rolling before or after a session, creating resistance through use of their Recoil 360 bungee, or challenging the athletes with drills involving the mini-hurdles, SKLZ equipment has always performed at the highest level.

The company statement is below:

“SKLZ offers a wide selection of training equipment and programs to hone and fine-tune your athletic training for any sport. We offer performance training equipment specially designed to increase your speed, vertical jump, strength, agility, flexibility and increase your responsiveness. As well many products will support your muscle maintenance program and help to work on your soft tissue. 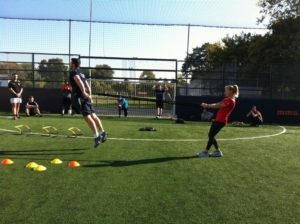 You can warm-up with our Mini-Bands and the variety of our Barrel Rollers, train with our innovative Speed Hurdles, Quick Ladders and for example Super Sandbag and afterwards you recover with the Massage Bar and various Accu products like the AccuBall or the AccuStrap that will help you recover quicker.”

To compete effectively in the world’s most popular sports, you need well-trained skills, plenty of practice and in-depth knowledge of the game. That is where SKLZ comes in. We offer the most advanced training equipment because we are passionate about innovation. Our training products can help you refine your talents, develop an effective training routine, and sharpen your unique skills to a fine edge. ”

Recovery Systems supercharges recovery by using active compression to accelerate the body´s healing and recovery process by eliminating metabolic waste, decrease inflammation and speed up the delivery of nutrients for repair to the muscles faster than any traditional mode of recovery, massage or rest alone.

If you haven't tried our intermittent pneumatic compression device to increase your circulation, you're missing out! We'll make you feel fresher, faster, better!

Recovery Systems uses active compression to speeds up the bodies natural recovery process by accelerating the elimination of the waste and the healing process for recovery and gains faster than any traditional mode of recovery, compression socks, massage or rest alone.

In other words – out with the bad, in with the good.

Ranell getting some Recovery in between Expro2019 Sessions 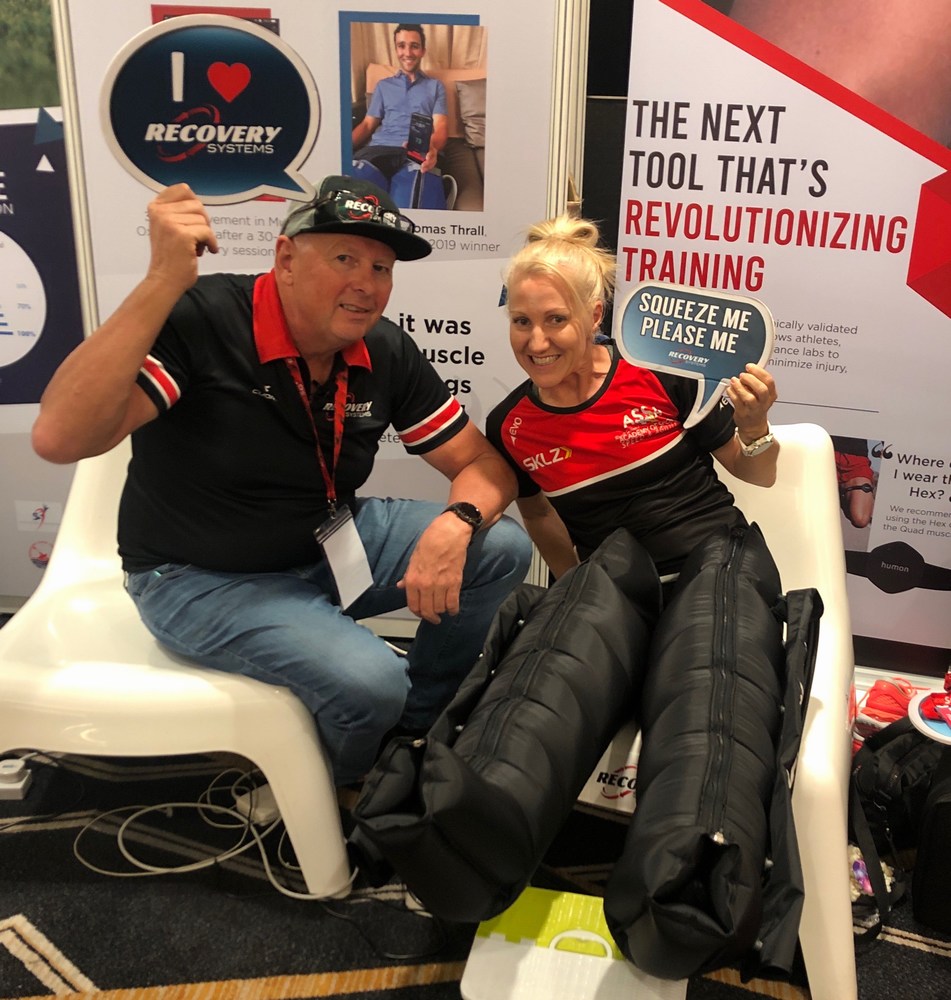 Ranell was so impressed she bought one on the spot !