“I’d like to say thank you for the session on the weekend - it was probably the best movement based training session I’ve ever done ! ”.

“I have no hesitation in using ASSA for any athlete that I work with as I know they will get faster because of their programs”.

“Can’t credit ASSA enough for the player development they have provided our programs across Netball from High Performance level right through to our district talent development. Well worth every minute.”

“We've been to a-lot of sprint coaches and this session has been the best by far. Especially loved the individual attention and specific feedback both myself and all of the players received."

"Ranell, I find all of your videos fresh and knowledgeable but extremely useful and adaptable. Please keep up the great work."

"Ranell, I may may not remember everything you taught me over the season, but I will always remember how special you made me feel. Thank You !

The Performance Development Coach of the Year Award aims to recognise the outstanding achievements of a coach working with emerging and young athletes / teams and is a peer-nominated award.

“Fantastic program which I highly recommend to all coaches who are serious about developing sub junior, junior and youth players in sport”.

“I have no hesitation in using ASSA for any athlete that I work with as I know they will get faster because of their programs”.

“Can’t credit ASSA enough for the player development they have provided our programs across Netball from High Performance level right through to our district talent development. Well worth every minute.”

“Ranell and the ASSA team are just incredible! We are lucky enough to be going into our third year with Ranell at GWS Fury and session by session she never ceases to amaze me with her dedication, encouragement and knowledge of Speed and Agility work.”

"Ranell and the ASSA team provide the highest quality training and recovery techniques you could ever ask for! With every single session having an amazing, positive and supportive feel! I highly recommend!"

"Ranell and the ASSA team are just incredible! We are lucky enough to be going into our third year with Ranell at GWS Fury and session by session she never ceases to amaze me with her dedication, encouragement and knowledge of Speed and Agility work.
Don’t know what we would do without her!!!

Right now you can access fantastic drills and exercises that will make you faster, stronger and more injury resilient than ever before.

Ranell has produced instructional videos that are free and easy to follow and they will improve your athleticism very quickly indeed.

These drills are grouped according to these pillars of training "

You have every thing you need to be faster, stronger and more athletic than ever before.

The ASSA training system has been designed for progressive athletic development in speed mechanics, acceleration and force production (strength) to make them run faster.

One hour once a week face-to-face with a fully qualified ASSA coach will completely transform your game. Book in for a 4 to 6 week block (invoiced weekly) to create a concrete foundation of beautiful movement from which you can launch your amazing technical skills.

Based upon decades of experience and world-class research and specialising in youth long term development for explosive sport speed and reduction in injury through perfect movement mechanics.

For all field and court based sports players aged 9 and above.

Sessions of one hour duration.

More explosive speed is necessary to get to the ball first with separation from your opponent, sustain fewer injuries, or obtain greater endurance to finish the game stronger than your opposition.

Improve your team’s ability to run faster, first step acceleration, rate of recovery from games and knowledge of game preparation through ASSA’s 8 and 12 week Speed and Agility programs.

More often than not the lack of fitness that your team is displaying is because of the way they are running and nothing to do with 'not enough' running in pre-season.

Energy leaks through poor technique can rob the fittest players of all of their hard work and mobility issues (especially in the hips) can be the cause of little or no force being applied to the ground.

Ranell will take you through leading technical drills to maximise performance in straight line & multidirectional speed.

You will also learn how to identify & correct inefficient speed & movement mechanics in your players that will reduce their risk of injury & increase their on-field efficiency and run faster.

This is a content rich course that will equip you with skills and drills that you can utilise in your programs immediately.

4 Hours of Theory and 4 Hours of Practical Application.

This is Ranell's premier course that she has presented worldwide to acclaim and now available for your club or organisation.

Sport speed presenter Ranell Hobson will educate you on physical and technical competencies to maximise performance in straight line and multidirectional speed.

These drills and combinations can be applied to unlock the true athletic potential of your players.

You will also gain an understanding of the science foundations behind explosive speed – how to maximise every players potential and keep them injury free.

This is a 2 hour webinar including videos and it is a summary of her acclaimed full 1 day course. Many people start here and then progress to the full course. 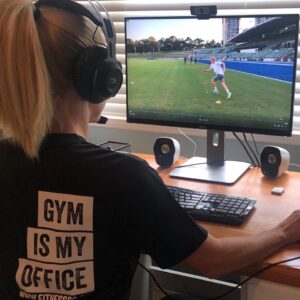 Imagine being able to have your coaching staff (coaches, physios and mature players) spend some time with a true speed and movement mechanics expert, discussing your specific needs and requirements, or getting her to look over your plans for speed training in the upcoming pre-season.

Perhaps your star player (s) are constantly suffering from non-contact injuries - hamstring strains, calf issues, quads etc. Perhaps the only pillar of performance missing is first-step acceleration or you want to see where and how to plan your speed sessions into your training cycles for maximum benefit.

This is a great option for your organisation to consider in that Ranell will travel to your club and consult to your staff, adding her skillset to yours for the benefit of the team. 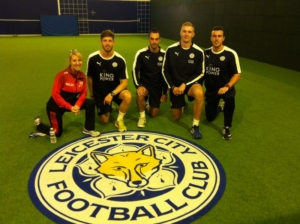 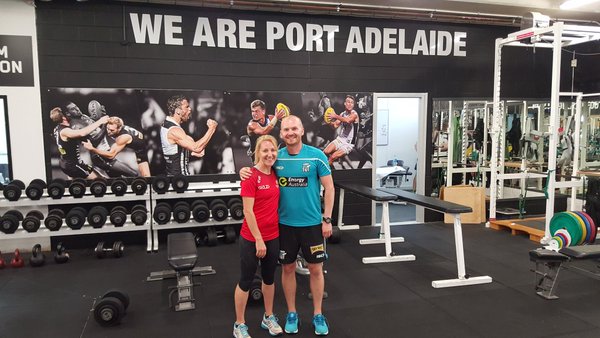 Click here to find your local ASSA coach and their CV's.

The perfect choice for athletes wanting individualised training sessions where the ASSA Coach can provide one on one attention to let you hit your goals faster.

In private sessions ASSA Coaches can individualise training to target your weaknesses and enhance your strengths.

Private training is the perfect choice for the athlete with complex schedules and higher training demands. 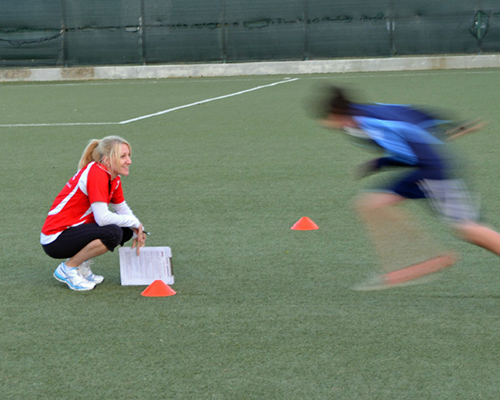 You can also book a speed mechanics assessment with Ranell.

These cost $150 and are for one hour duration.

You will receive a written report on the issues identified and later an email with home programs to alleviate these issues.

This is an excellent session and can be booked by contacting kip@academyofsportspeed.com

Coaches – whilst you work on developing the players within your team, ASSA will work on creating the athlete within your players.

Incorporate a one hour once a week progressive speed and movement session into your weekly training plan and watch your players evolve.

Head to the Sports Teams Training page under the Training tab at the top of this page for further information.

" I am in service to your coaches .....to build the athleticism within you girls so that you can do everything that these fabulous coaches need you to do on the court".

Here is the video of Ranell's speech to the GWS Fury Netball teams (Opens, U23 and Pathways) at the induction meeting for season 2019. 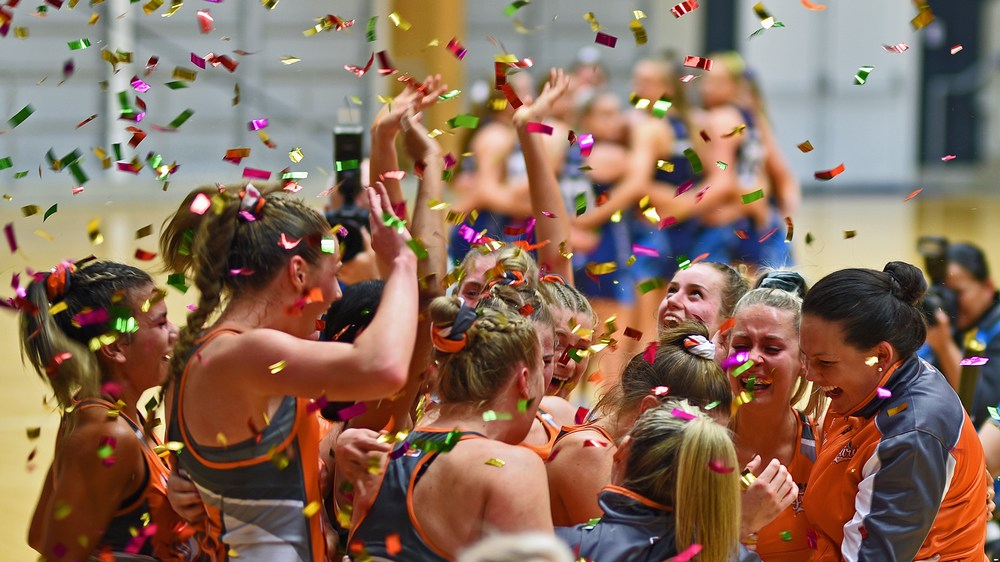 The program covers all aspects of the training necessary for them to achieve their maximum athletic potential on the court and includes strength, fitness, speed, agility, change of direction, mindset, recovery and stability.

In 2019 these teams had their best season in organisation history as follows :

“Very professional and smooth. A relaxed course which enabled visual and verbal learning. From a professional standpoint I am amazed at how much I learned from this course. Excellent teaching methods and exceptional information/demonstrations.”

“I had the pleasure of working with Ranell and Kip during pre season at the Central Coast Mariners. even in my senior years as a professional footballer I am always trying to improve myself. The expertise in sprinting techniques I learnt from Ranell and Kip were invaluable and I wish I had learnt these in my early years. The way they worked with the young players and older players was exceptional and i would highly recommend them to any sporting codes.”